GIVE
October 12, 2021 by Editor in Discover More, Newsletters

“With a Green Amendment, no longer can there be environmental racism or sacrifice zones. They will be constitutionally prohibited.”
– Maya K. van Rossum, Founder of Green Amendments For The Generations.

Robert “Bob” Meek, has been a supporter of Green Amendments For The Generations since its founding in 2017 and now serves as Vice Chair of the GAFTG board. GAFTG’s mission resonates with Bob because he recognizes that constitutional change is crucial to ensuring that climate change is given the proper attention and consideration in the decision making process. The pursuit of Green Amendments in all states across the country are imperative as pollution and climate change have no borders! Funding for young non-profits is a hard task, one way to help nonprofit organizations is by understanding the need for funds and contributing to the success and growth of the organization’s foundation.  Bob has invested his retirement income in a way that benefits him and also allows him to support GAFTG with tax deductible donations each year – it is a true win win.

Check out this video of Bob Meek answering all of our GAFTG questions and explaining how he does it!

New York’s Green Amendment Is Ready For a Vote Of The People. 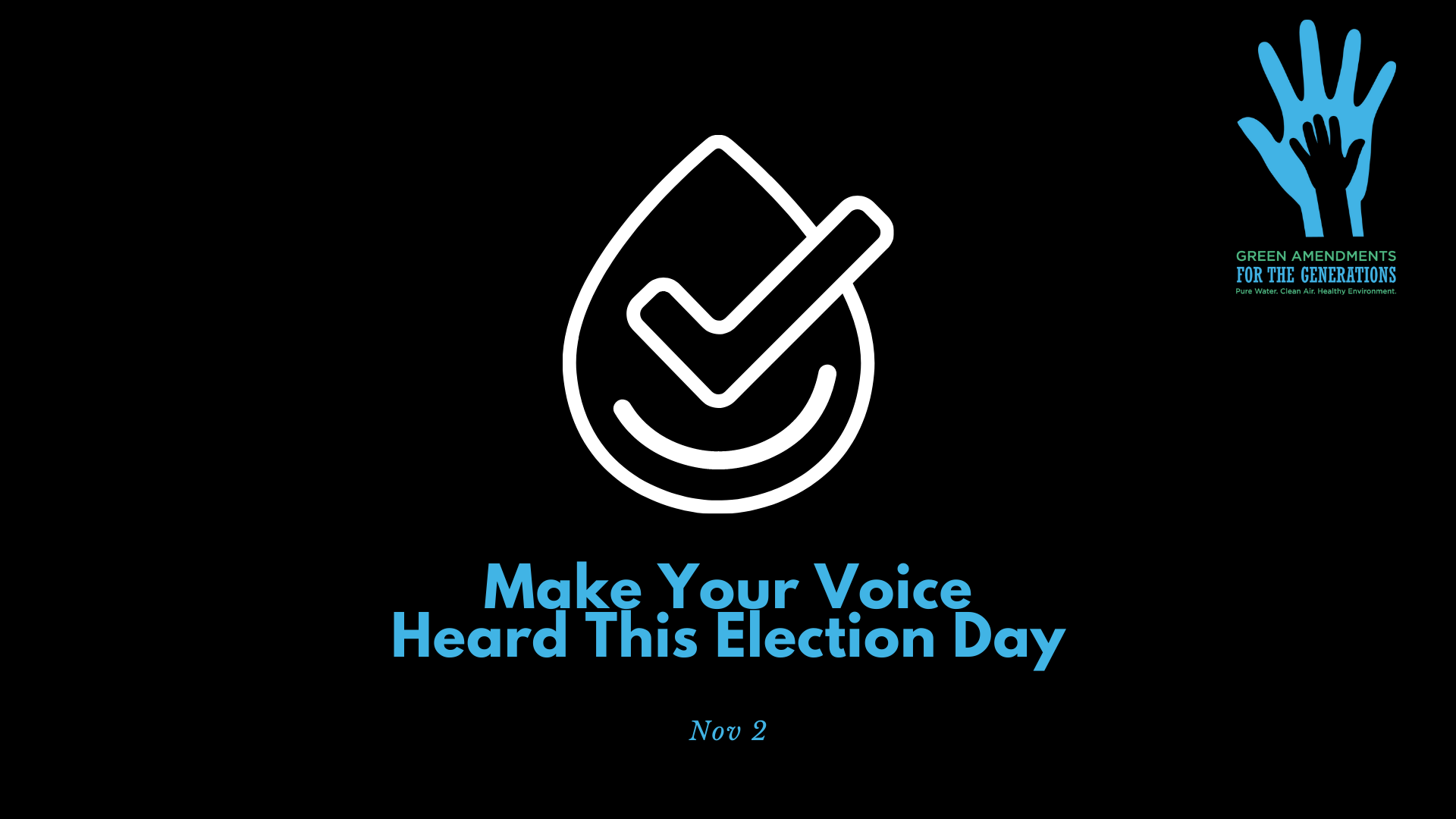 On November 2nd, New York will be voting on the NY Green Amendment proposal. With this upcoming vote, New York is poised to become the first state to pass a modern day Green Amendment. Only Montana and Pennsylvania currently have Green Amendments that protect environmental rights as an inalienable right in the Bill of Rights section of the state Constitution.

The NY Green Amendment, which will protect the rights of every person to clean water and air, and a healthful environment, was first proposed in 2017.  While it secured passage in the Assembly it did not succeed in the Senate.  But our New York legislative champions were undeterred and immediately re-proposed the amendment and continued the work of building needed support. To secure a constitutional amendment in New York through the legislative process, an amendment must pass by majority vote through each of the state’s legislative houses in two consecutive legislatures.

From the very beginning the proposal enjoyed bi-partisan support, but it took some time to secure the full legislative support necessary.  It took two tries to make it all the way through the  legislative process.  The legislator vote count in 2019 was overwhelmingly in support of passage with Senators voting for passage 45 to 17 and the Assembly members voting 110-34.  By February 9, 2021 both the New York State Senate and Assembly had once again voted to add environmental rights with the Senate voting 48 to 14 for second passage and the Assembly voting 124 to 25 in support.

After securing the necessary support from both houses in 2019 and then again in 2021 the NY Green Amendment is now ready for a vote by the people.  Polling suggests broad and strong public support across all demographics.  Communities are working hard to spread the word about the importance of this constitutionally historic moment for the people of New York in an effort to secure the public vote necessary for passage.

News On Our Growing Movement!

DE & AZ:
The number of states seeking to advance constitutional Green Amendments continues to grow. Most recently Delaware, under the leadership of Rep. Madinah Wilson-Anton (26th District) of the Delaware House of Representatives, and Arizona under the leadership of Senator Juan Mendez (26th District) of the Arizona State Senate, will be joining the movement with Green Amendment proposals coming soon.

For every state advancing a Green Amendment Proposal we are developing state specific websites all using the pattern of the state’s letters followed by GreenAmendment.org – e.g. www.DEGreenAmendment.org — and for those where interest is building we have a state page at our www.ForTheGenerations.org website.  Please be sure to find your state and engage!

This brings our New Mexico Green Amendment movement to a total of 22 legislative Cosponsors. All have signed on to our Intent To Cosponsor Letter.

2022 Expected to Be an Active Green Amendment year:

Each of our 14 states are advancing at a varying pace with community and legislative leaders leading the way.  In addition to New Mexico,  Maine, Hawaii and New Jersey are 3 states where we are expecting strong progress in 2022 with amendments likely to experience legislative hearings and committee votes necessary to advance their Green Amendment  proposals.  These hearings should garner strong community engagement but are likely also to spark opposition from industry and others and as a result Green Amendments For The Generations will continue to offer and build out the resources pages of the state websites as well as our main site.  If you find yourself facing a challenge or question you can’t answer, feel free to reach out to Maya@ForTheGenerations.org so we can help you.

Our movement is growing but we need your support.  There are many ways to engage:

From October 11 to October 15, people will be gathering in Washington, D.C. from all over the nation to urge strong federal action to avert climate crisis.  Each day will focus on a different message, but every day will work to raise up the messages of Indigenous and front line communities and their calls for protection and reform.

Indigenous and front line communities have asked and urged allies to join the event from all over the nation to stand in solidarity.  Given the focus of Green Amendments on environmental justice, climate justice and generational justice, we are planning to honor this request.

Green Amendments For The Generations leader Maya van Rossum will be participating on October 13 and 14th to join in the call for strong federal action by the Biden Administration to protect People over fossil fuels.  She will have on message signs to share for all who are interested.

The Film Festival will be showcasing our Green Amendment work in New Mexico. Senator Antoinette Sedillo Lopez and Maya van Rossum will be speaking on the growing support of the New Mexico Green Amendment between grassroots organizations, community members, and our growing legislative champions.

You may watch this event via zoom by going to nmgreenamendment.org

The Yonkers Film in the segment titled “Our Planet”. November 15th, at 5:30 pm EDT . Tickets are available for purchase here. 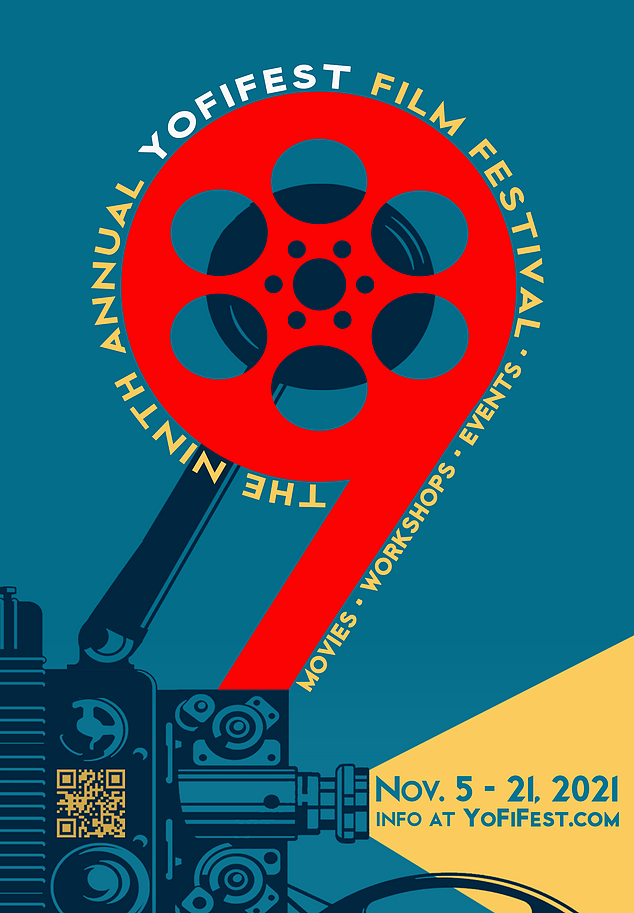 Green Amendments For the Generations is launching a new weekly podcast.  Maya van Rossum, founder of the Green Amendments For The Generations movement and organization will be joined by her daughter, Anneke, who has been inspired by her mother to dedicate her life to environmental protection and environmental justice, to share information, insights, and opinions about the state of our environment, the actions (good and bad) of government decisionmakers, and how you can get involved in ways large and small to make a difference.

Listen to the first episode on Spotify and Google Podcasts!

Then be sure to follow and share in order to grow the community of environmental, justice and generational concern they hope to support.

UPDATE! GREAT NEWS!We have just learned that Senator Duhigg has committed to scheduling a hearing in the Senate Rules Committee for the NM Green Amendment.So let's take a moment to thank Senator Duhigg for her support by tweeting thanks. And urge the other Senators to vote YES on SJR6. ... See MoreSee Less
View on Facebook
· Share

“Why do corporations and industrial operators think that they are the ones who should decide whether or not the constitution that belongs to the people of New Mexico should be amended to include an environmental right or not?" said Maya van Rossum ... See MoreSee Less

Green Amendment: Give People the Power to Vote on It! - The Paper.

The Oil and Gas (O&G) industry in New Mexico is still ruthlessly running roughshod over anything that gets in its way; as they have done for close to
View on Facebook
· Share

Today, for #MobilizationMonday we will instead be focusing on members of the New Mexico Senate Rules Committee!For the people to have a chance to be heard on their RIGHT to CLEAN, SAFE & HEALTHY WATER, AIR, SOIL, ENVIRONMENT & CLIMATE we need a hearing and vote ASAP.Call, email, and tweet at your NM senators with this simple message: "The People of New Mexico deserve to be heard on their right to clean water and air, a stable climate, and healthy soils and environment, & an assurance that these rights will be protected equitably for all communities. SJR6 deserves a YES vote. Democracy demands that it is the people of New Mexico who make the decision about whether to amend our state constitution – but that can only happen with your support."Senator, Chair, Katy M. Duhigg katy.duhigg@nmlegis.gov505 986 4270Twitter handle: @KatyDuhiggforNMSenator, Vice Chair, Leo Jaramilloleo.jaramillo@nmlegis.gov 505 986 4487Senator, Ranking Member, Stuart Inglestuart.ingle@nmlegis.gov505 986 4702Senator Linda M. Lopez linda.lopez@nmlegis.gov505 986 4380Twitter: @Sen_Lopez4NMSenator Brenda G. McKenna brenda.mckenna@nmlegis.gov505 986 4301Senator Gerald Ortiz y Pinojortizyp@msn.com505 986 4482 Senator Elizabeth "Liz" Stefanicslstefanics@msn.com505 986 4377 Senator Mimi Stewart Senator mimi.stewart@nmlegis.gov505 986 4734Twitter: @Sen_MimiStewartSenator Cliff R. Pirtle cliff.pirtle@nmlegis.gov505 986 4369Senator Gregory A. Bacagreg.baca@nmlegis.gov 505 986 4877Twitter: @GregoryABacaSenator Mark Moores mark.moores@nmlegis.gov505 986 4877#NMGreenAmendment #EnvironmentalRights #CleanAir #CleanWater #HealthyEnvironment #ClimateRights #ClimateChange #Pollution #SacrificeZones #HumanRights ... See MoreSee Less

You can help by joining us in this movement. Register now.

Support Green Amendments For the Generations!

2022 © Copyright, Green Amendments For the Generations.
All Rights Reserved.